The new conservation initiative Cyber Rhino Squad (CRS) combines blockchain technology with species protection. The aim of the Swiss initiative is to use Non-Fugible Tokens (NFT) – unchangeable digital certificates – to build a community of supporters who both love art and want to support species conservation.

“Our idea is to work with strong NGOs such as Keep Nature Alive from Germany, the Wildlife Conservation Network from the USA and other NGOs in Africa to support sustainable species conservation with the help of the international community,” says Lucas Pennewiss, founder of Cyber Rhino Squad.

“Protecting biodiversity concerns us all, and if you can also combine this important goal with offbeat art, it’s a perfect outcome for the community, for species conservation and for us,” says Raul Mächler, the second founder of Cyber Rhino Squad.

The first NFT collection of CRS will consist of 6,000 different rhinos, two of which are very special, embodying the last two northern white rhinos on our planet – mother and daughter: Najin and Fatu. “The international BioRescue consortium is made up of scientists and conservationists working very hard and running against time to save this ecologically important species,” explains Steven Seet, scientific member of BioRescue and CEO of Keep Nature Alive.

Rhinos have been on the Red List of Threatened Species since 1965. In the 50 million years of their existence, they have proven to be a unique animal species, they are among the umbrella species that are crucial for other species and for an intact ecosystem. The whole world has now had to learn bitterly through the COVID 19 pandemic what it means to disturb habitats and ecosystems. Three of the five rhino species are currently considered as “critically endangered”. Rhinos were widespread in Asia and Africa, but their population is declining at an alarming rate, leaving only 23,000 rhinos worldwide. Besides land use conflicts and habitat destruction, it is mainly illegal hunting that causes declining rhino populations. On the black market, rhino horn exceeds the price of gold.

“Anyone who purchases a Cyber Rhino Squad NFT not only acquires a fascinating work of art form a famous artist, but also makes an active contribution to global species conservation and, in this particular case, to the protection of rhinos,” says Mächler. “Cyber Rhino Squad’s main goal is to help prevent the extinction of the northern white rhino and to double the population by 2030. To this end, a share of the sales proceeds will be donated to www.BioRescue.org for support.”

Each rhino NFT by Cyber Rhino Squad is unique and a collector’s item with a wide variety of feature combinations. The current collection was created by the sought-after Polish artist Damian Augustyniak. Among other things, he has become known as the creator of GuzikArt. Augustyniak has already worked for famous musicians such as Joey Ramone of the Rock and Roll Hall of Fame band “Ramones”, but also for bands such as Slayer, Sabaton, Exodus, Party Cannon, Ankor and many more. He has also worked on other NFT projects such as “Wicked Apes Bone Club”, making him one of the most sought-after and respected artists in the NFT world.

Unlike most other NFT collections, the buyers of the 6,000 individual pieces receive full commercial rights of use. In addition, the buyers are allowed to participate in virtual wildlife safaris in the Metaverse. The Metaverse is part of Web 3.0 and enables users to move around in digital worlds, e.g. to share experiences, gain new knowledge or even shoot deals. The number 6,000 represents the weight of the strongest and largest rhino species, the white rhino. This species can weigh up to 6,000 pounds and is the second largest land mammal after the elephant. 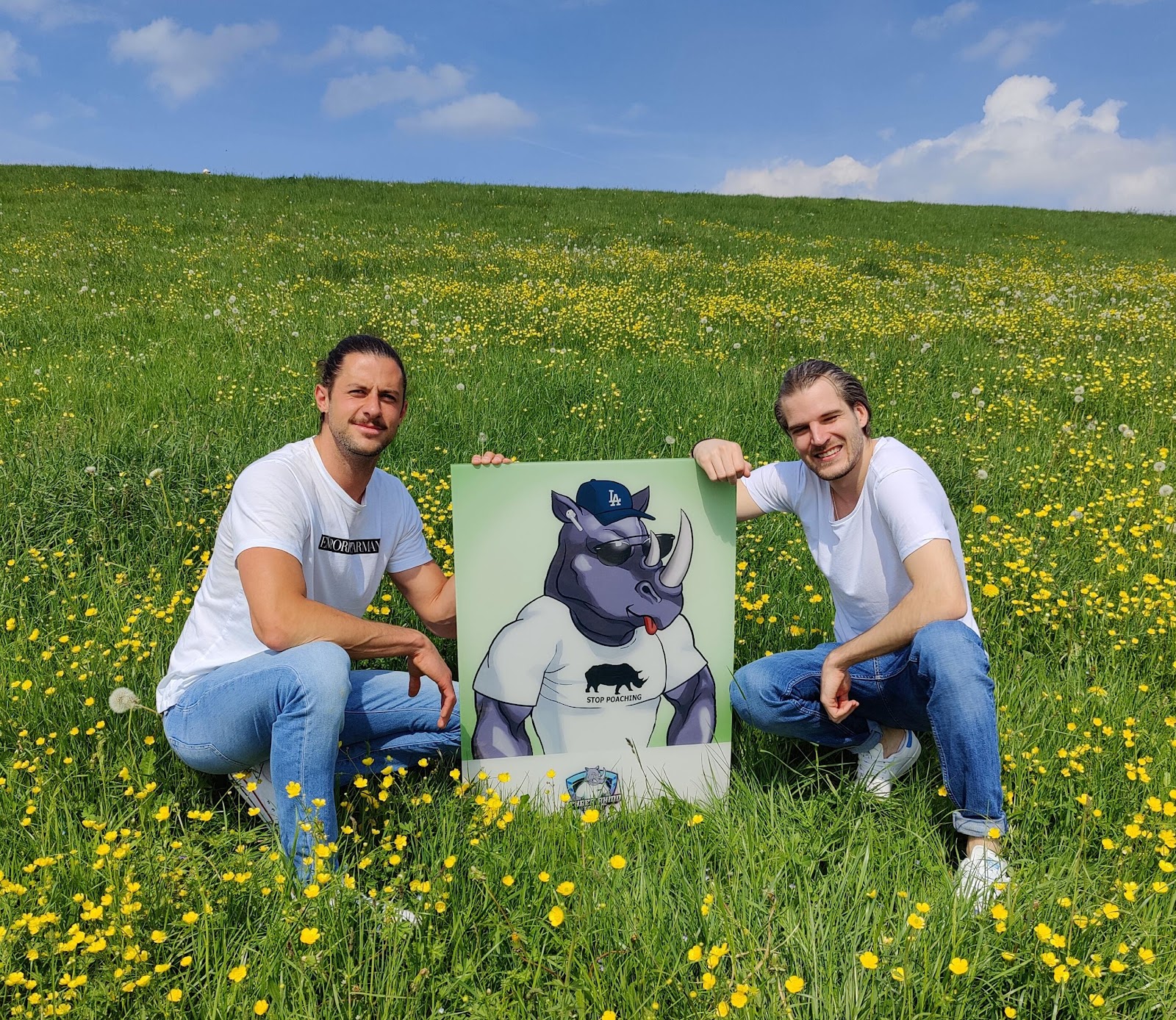 The “Swiss guys” want to do it right and have therefore also applied for membership in the Blockchain Conservation Consortium, which ensures through an auditing program that NFT-initiatives adhere to an ethical code that ensures that the company acts sustainably and continuously reduces its carbon footprint and compensates it in an evidence-based manner.

The new conservation initiative Cyber Rhino Squad combines blockchain technology with species protection. The aim of the Swiss initiative is to use Non-Fugable Tokens (NFT) – unchangeable digital certificates – to build a community of supporters who both love art and want to support species conservation.