Disclaimer: The information presented does not constitute financial, investment, trading, or other types of advice and is solely the writer’s opinion.

Polkadot [DOT] shot past the $5 resistance level last week when Bitcoin [BTC] broke above the $17.6k mark. DOT continued to have a bullish outlook on the higher timeframes. Both the market structure and the momentum favored the buyers on the daily timeframe.

Polkadot saw some bullish enthusiasm evaporate over the past week after the pullback from $6. However, the retest of $5.6 as support could have a significant bullish reaction in the days to come.

The $5 level was a psychological area of significance for traders, as a move above this level meant that the bulls were in control. The area of liquidity highlighted in red served as support in mid-December and was later flipped to resistance. An encouraging factor for bulls was the sharp move beyond the $5 resistance on 11 January.

The following week saw DOT climb further higher to reach resistance at $6.06. A swing high at $6.52 was formed, which likely indicated that early short positions were wiped out on the move upward to grab liquidity.

Is your portfolio green? Check the Polkadot Profit Calculator

On 5 December, the price climbed to $5.68, and thereafter, selling pressure took control. Bears drove the prices as low as $4.2 in late December. Recent price action saw the same level retested as support. This meant that there was a strong likelihood of a surge northward for Polkadot.

The RSI dropped from the overbought territory but continued to show bullish momentum. The OBV also took a hit, but most gains from January were intact. 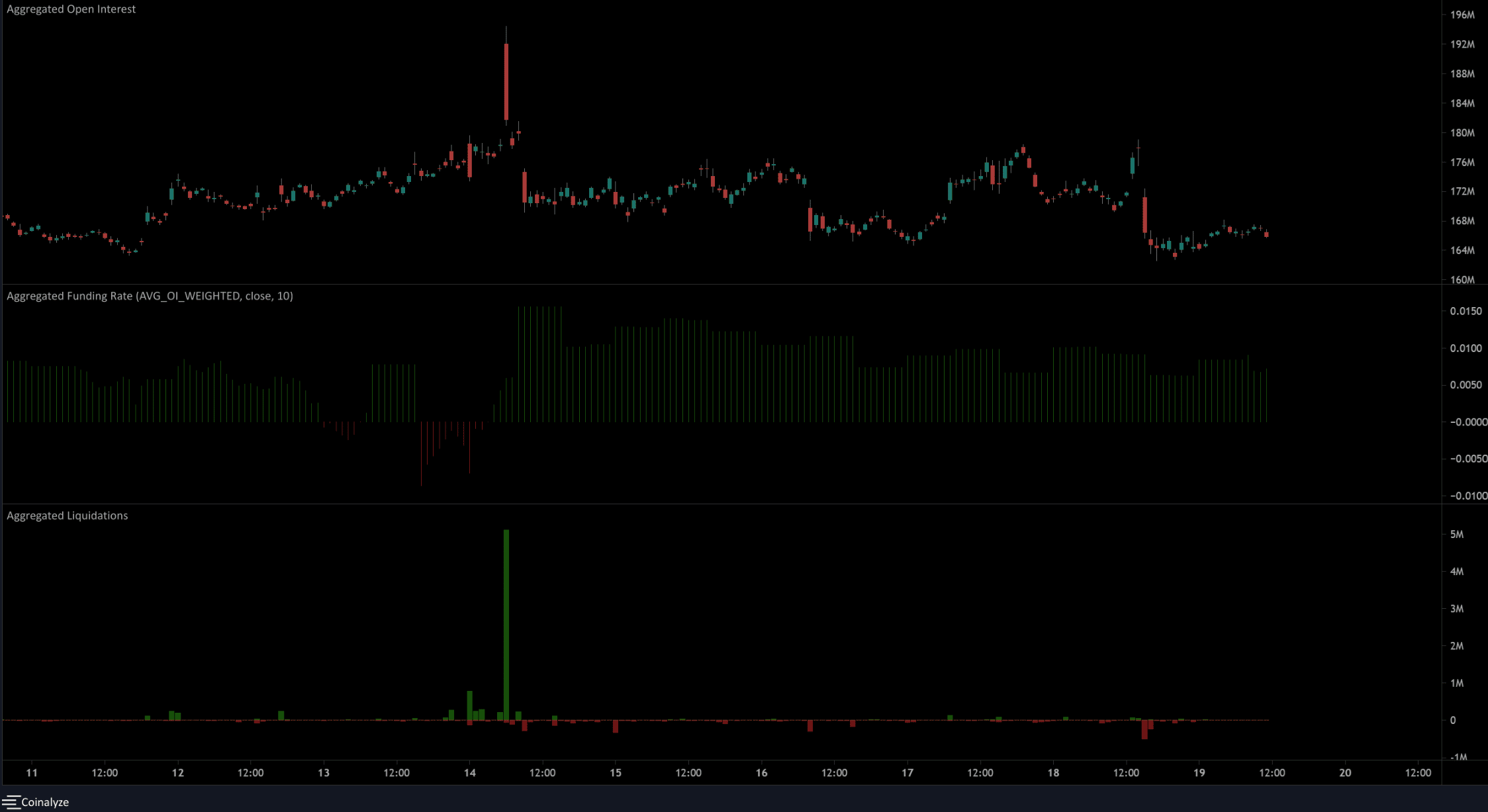 14 January saw the liquidation of $5.1 million Polkadot short positions. This was when the price climbed to $6.52 before it met a wall of selling. In recent days, however, significant numbers of long positions did not see liquidations, with 18 January seeing $500k longs liquidated.

In the past few days, the Open Interest has declined alongside the price which showed bearish sentiment. A rise in OI is likely to accompany the next rally. The funding rate remained positive, which suggested the possibility of more upside.